Do All Newborns Have Gray Eyes? When your baby is born and takes their first look at you, it is the most magical feeling in the world. After the initial feelings of overwhelming love start to simmer, you will notice the color of their eyes–and it may not always be what you expected. While some babies are born with gray eyes, they can also be other colors–in fact, the most common color is brown.

Some infants, particularly those who are born with dark or brown eyes, will keep this eye color as they get older. For other infants, their eye color will gradually change over the first few months of their life, generally getting darker as they age. The reason for this change in eye color has to do with genetics and the exposure to light after babies are born.

If your baby is born with gray eyes, it is very unlikely that their eyes will remain that color several months later–they will probably change to blue or possibly green, hazel, or amber. If you want to get a better idea of what color eyes your baby will end up having, take a look at your own eyes as well as your partner’s and the baby’s grandparents. Genetics play a huge role in determining the final outcome of the color of eyes your infant will have.

Why Do Babies’ Eyes Change Color?

You might be wondering why a baby’s eyes don’t always stay the same color as when they are first born–the answer can be found in the science of the cells in the eye. There are special cells called melanocytes that are found in the middle layer of the eye which are responsible for producing melanin. Melanin, the pigment that determines the color of a person’s skin, also plays a role in determining eye color.

When an infant is born, their eyes have not been exposed to light as they have been in a darkened womb. After birth, the melanocytes start to respond to light and the eye color can start to darken. As babies continue to have exposure to light over time, their eyes can gradually darken for about six months to one year, though some will continue to change up until the age of three.

For example, a child who is born with light gray eyes will typically have the color change to blue, green, or hazel in the first few months of life. Parents can be eager to know what color their child’s permanent eye color will be but it is not always possible to tell from birth. By the time the child is one year old, there is a very good chance that their color will not change any further.

How is a Baby’s Eye Color Determined?

There are two factors that contribute to the color of a baby’s eyes and they are both related to genetics. One gene influences the amount of melanin that is present and another gene determines how active the melanocytes in the eyes will be. There are other genetic factors in play, however, these are the two main determinants of an infant’s eye color.

Just like melanin influences the color of skin, it also influences the color of the eye. People who have lighter skin are more likely to have lighter eye colors such as green, blue, or gray. Individuals with darker skin tend to have darker colored eyes, for example, brown. Babies who are born with brown eyes rarely change eye color as they get older.

The eye color of the parents can give clues to what color an infant’s eyes will be, though this is not a definitive way of predicting eye color. If both of the parents have brown eyes, it is highly likely that the baby will also have eyes that are brown, especially if they have darker skin tones. Similarly, parents who both have blue eyes are most likely to have a child that also shares their eye color.

How Common are Different Eye Colors?

There are six main eye colors that people around the world have: amber, blue, brown, gray, green, and hazel. While many babies are born with light gray eyes, only about one percent of them will continue to have gray eyes as they get older. Green eyes are also extremely rare, with only two percent of the world’s population having this unique eye color. Hazel eyes (a brownish green shade) are found in five percent of the population, as are amber eyes (a golden or copper shade).

The second most common color of eyes is blue–approximately eight percent of the population has this color of eyes, the majority of these people having Caucasian or European ancestry. This leaves an astonishing 79 percent of people that have brown eyes! Brown eyes are much more common in people who have darker colored skin since they have higher levels of melanin production–therefore, Black, Indigenous, and people of color tend to represent most of this population.

Less than one percent of the world’s population will end up having a shade of red, violet, or two different colored eyes. Red or violet eyes can be found in people who have extreme albinism, a condition that results in less melanin being produced and can also cause vision problems. Occasionally people will have one eye a different color than the other, a condition called heterochromia–this is typically harmless but can sometimes indicate other genetic issues.

You will likely spend hours gazing into the eyes of your beautiful baby as you cherish them and watch them grow. As you do so, you’re likely to notice subtle changes in their eye color over time as the cells in their eyes are continually exposed to light, increasing melanocyte activity. By the time your child is between six months and one year of age, their eye color is unlikely to change much after this time. Whatever color your infant’s eyes are, enjoy spending that special time bonding with your baby! 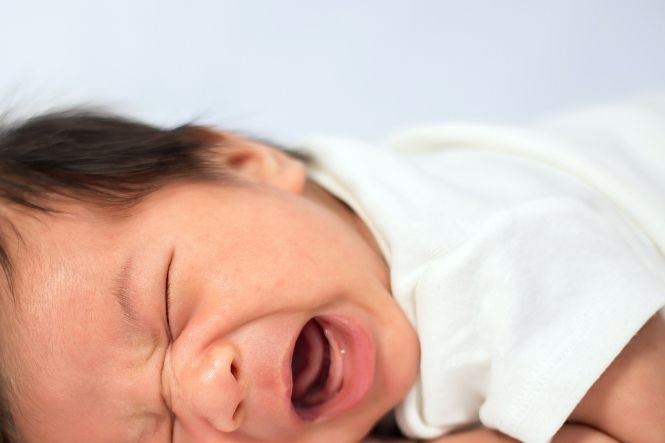 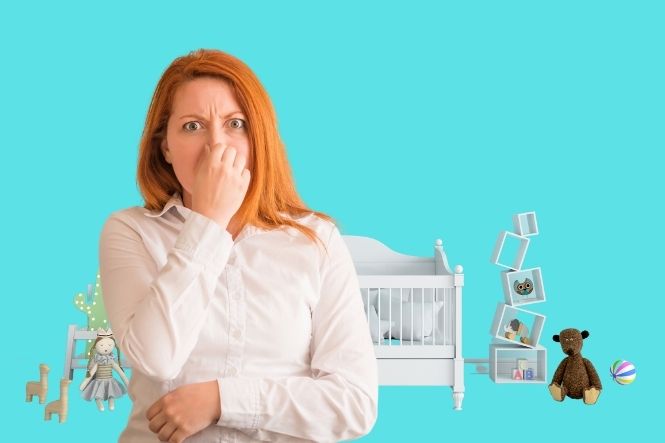