Make a Right Angle With Knots and String 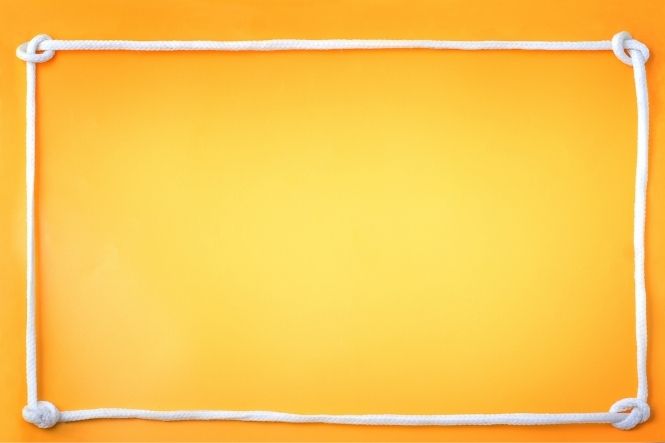 A right angle is a square-shaped or L-shaped angle, and measures 90 degrees (a quarter of a circle). A square is made up of four right angles.

Make a Right Angle with Knots and String

Find a long piece of string and tie 13 knots in it. It doesn’t matter how far apart they are, just as long as they are the same distance apart. Lay the string out in a triangle with knots at the corners and three gaps between knots on one side, four on the next and five on the final side. Stretch the string taut (get people to hold the corners, or do it outside and peg it into the ground) – this makes a triangle with a right angle.

This works because, according to Pythagoras’ theorem, in a right-angled triangle, the square of the hypotenuse (the sloping side) is equal to the sum of the squares on the other two sides.

In this square, the hypotenuse is five, and the other two sides are three and four.

Other Ways to Make Right Angles

Fold a square of paper in half to make a rectangle, and then in half again to make a square. Unfold it – the two folds cross at right angles to each other.

Tie a weight to the end of a piece of string. Let the weight hang (it might take a moment for it to stop swinging) – once it is still, the string is at a right angle to the table or ground.

Make three strips of paper or card, one 3 cm long, another 4 cm long, and the third 5 cm long. This is a similar method to the knotted string, using Pythagoras’ theorem. Make a triangle with the long sides of the three pieces of card – when all three are in place, this will be a right-angled triangle.

Draw a line. Open a pair of compasses so that the pencil and point are more than half the length of the line apart (so, for example, if the line is about 10 cm long, the compasses should be open by about 6 or 7 cm). Put the point of the compass (be careful, it’s sharp) at one end of the line and use the pencil to draw a half circle across the line.

Put the point of the compass at the other end of the line and draw another half circle – this should cross over the first half circle above and below the line (if it doesn’t, don’t worry, just go back and make the curves bigger).

Join up the two crossover points – this will make a right angle with the first line. A fractal is a pattern that repeats itself, getting smaller and smaller each time. Each part of the pattern looks like a smaller version of the whole thing. A tree…