Pre-School and a Child With Behavioural Issues: A Case Study

For many children, starting their local pre-school group is the first step towards attending primary school. Pre-schools offer a fun and safe environment for children, where they can start to get used to looking after themselves, gaining independence and learn to socialise.

The emphasis on pre-school education has always been learning through play, and children are encouraged to display positive social behaviour and find ways to interact with one another. The ratio of staff to children is quite high and groups tend to hold small sessions in the morning or afternoon and occasionally all day. There are breaks for drinks, snacks and lunch and many pre-schools will also have a quiet time where children can relax on floor cushions and have a rest.

For William, pre-school was a real struggle. As a bright and curious three and a half year old, William started to attend his local pre-school and although he really enjoyed it when he was there, he hated leaving his parents and used to display angry, upsetting behaviour. Leaving a child who is Kicking And Screaming is never easy, and William’s mother, Rachel, found the whole experience very stressful. She was ready to give up on the idea altogether when staff chatted to her about finding a solution.

Once Rachel had the chance to sit down with the pre-school staff and come up with a plan of action, she felt confident that William would eventually be fine. She said: “The staff were great and very supportive. I hated leaving William when he was so upset and sad, but the staff reassured me that this was very normal and that in time he would adjust. They also suggested that William was assessed for special needs, and after some time and lots of meetings we did actually discover that he is on the spectrum of Autism as well. This is obviously a big issue, but again we received massive support from everyone and now he is thriving at primary school. If it hadn’t been for pre-school getting involved, William may well have slipped through the net.”

Rachel recognised that William had problems with being left, and this was also evident at friend’s houses, parties and other events and activities. With the support of pre-school, she found a way for William to take part in some activities where she could also be involved. To help William deal with his insecurity, Rachel also volunteered to help out at pre-school a couple of times a week. This way she could keep an eye on him.

Rachel added: “It’s not always the best idea – spending all that time with a child when they are being encouraged to become independent can be a bit negative – but for William it worked really well. In fact, when I was at pre-school he pretty much ignored me, but knowing I was there made a big difference and he was much happier, I think we were keeping an eye on each other!”

Discover how Talking To Your Children’s Teachers can give you a valuable insight into changes in your child’s behaviour. 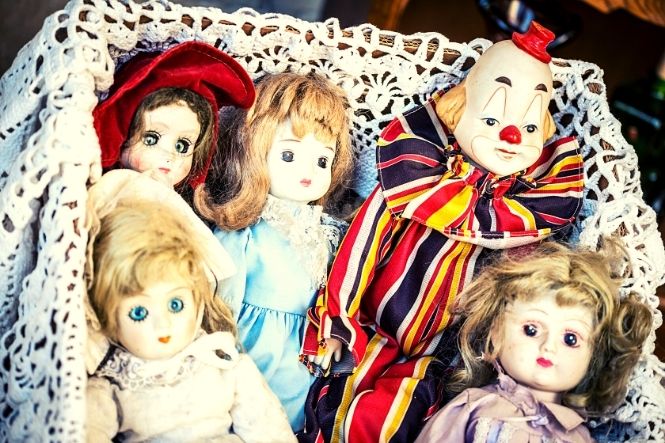