Quiz: How Well Do You Handle Temper Tantrums?

Watching a child descend into screaming, wailing and lashing out is no fun for anyone, but as a parent it is always your responsibility to deal with your Children’s Temper Tantrums. For some parents this is easy, but other parents find it difficult to stop a temper tantrum and even bewildering to contemplate what has happened and why their children act out like that.

1. When your child begins crying in public, you:

a) Draw him or her aside to find out the problem.
b) Look him or her over for physical harm and then ignore the tears.
c) Ignore him or her. Whatever it is, (s)he’ll get over it eventually.

2. Every night at bedtime when your child has a temper tantrum, you:

a) Look for a pattern and then make changes to the routine that might help.
b) Install a night-light, figure that will be enough, then let him or her cry in bed.
c) Send him or her to bed earlier. Clearly (s)he’s just tired.

3. You know your child is prone to tantrums during football matches, so you:

a) Wait for a frustrating moment and jump in to praise your child before a tantrum starts.
b) Chat with him or her before a match about better behaviour this time.
c) Roll your eyes and sigh when the tantrum inevitably occurs.

4. Tantrums often erupt before dinner time. To avoid them, you:

a) Make sure to keep a small snack on hand to head off overwhelming hunger.
b) Keep children informed of how long until dinner is ready.
c) Banish them from the kitchen so you don’t have to witness another tantrum.

5. When a temper tantrum begins at home, you:

a) Suggest another activity to distract your child.
b) Tell your child if (s)he doesn’t stop soon you’ll take away the toys.
c) Send your child to his or her room for the rest of the day.

6. When talking to your child during a temper tantrum, you:

a) Get down to eye-level and keep your voice steady.
b) Raise your voice above the shrieks and wails.
c) Never talk to your child during a temper tantrum, it’s too annoying.

7. When a temper tantrum is over, you usually:

a) Talk with your child about other ways to deal with frustration in the future.
b) Send your child out to apologise for causing a scene.
c) Reward your child for finally settling down.

8. When a child becomes physically out of control during a temper tantrum, you:

a) Offer a hug or other physical hold and reassurance that you still love him or her.
b) Lead him or her away from other people who could get hurt.
c) Figure (s)he’ll stop carrying on if she gets hurt.

9. You usually discipline or punish a child after a tantrum:

a) When the situation warrants it.
b) Most of the time so that you are consistent.
c) Always. (S)he deserves it.

10. When you and your child witness someone else having a temper tantrum, you:

a) Let your child talk about it if (s)he so desires.
b) Ask your child questions about what (s)he witnessed.
c) Tell your child that’s how silly she looks during a tantrum.

How Well Do You Handle Temper Tantrums?

Mostly As If you answered mostly “A”, then you tend to handle temper tantrums well. You seem to understand that tantrums are usually the external manifestation of internal frustration and that children often resort to tantrums when they are unable to adequately express what they are feeling. You also seem to understand that tantrums are not punishment against you as a parent, nor are they fun for the child. In the future try to stay on top of the common tantrum “triggers” that seem to set your child off, and see if you can minimise the number of tantrums your child throws, or the severity of tantrums that do occur.

Mostly Bs If you answered mostly “B”, then you tend to handle temper tantrums acceptably. You always make sure your child is safe from harm and not physically hurt, but beyond on that you may be operating under a policy of ignoring the tantrum and hoping it will go away. While this may be true in some instances, particularly if you are attempting to show your child that bad behaviour will not be rewarded with extra attention, it also means that your child may never learn other options besides throwing a tantrum and the importance of using words to express emotions rather than physical outbursts. Take some time after your child’s next few temper tantrums to find out what was going on in his or her head, and to reassure him or her that you will always love them but that temper tantrums are unacceptable behaviour.

Mostly Cs If you answered mostly “C”, then you tend to hand temper tantrums badly. Your overriding concern seems to be that you not be bothered by temper tantrums, which unfortunately often means that almost everyone else around your child will be. Your choice to ignore temper tantrums seems to stem from laziness rather than any actively chosen parenting technique and it’s time you prove to your child that you care about them enough to do what is best for them. Head off tantrums before the occur, step in mid-tantrum to help diffuse the situation and speak with, rather than reward, your child after a tantrum ends. You may find fewer tantrums occurring if you deal with them more effectively.

Find out how effective your discipline methods are by taking our questionnaire Do You Encourage Discipline And Respect?. Questionnaire: Do You Understand Your Child’s Friendship Issues?

All parents like to think that they really understand their children, and will hopefully have the answer to any problems that may arise. However, we don’t always get it right… 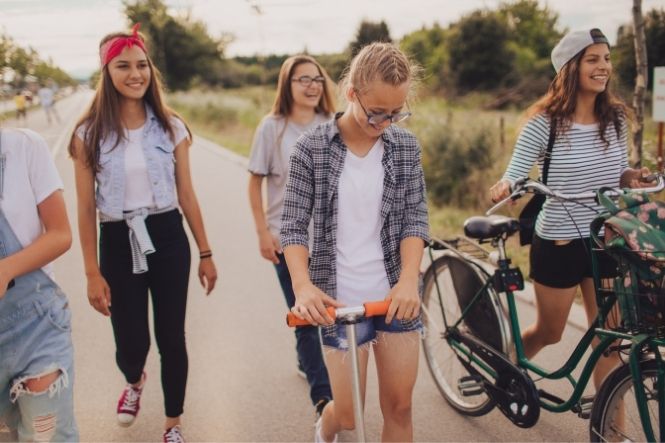 Questionnaire: Do You Understand Teenage Friendships?

If you have a teenager you will already have noticed how much time they devote to their friends. Texting, social networking and email all make it easy for them to…

Questionnaire: Is Your Teenager Respectful?

Teenagers are often stereotyped as a surly bunch, so it can be hard to figure out if a young adult is choosing to act disrespectfully or if (s)he is just…