Knitting is an ancient skill, widely practiced in the Middle Ages and dating back thousands of years. It’s a valuable craft traditionally handed down from generation to generation yet became a dying art through the years. In the last decade, though, it has enjoyed an astonishing revival.

It offers children the chance to use fine motor skills, design and planning. More than anything it’s a pastime that requires plenty of concentration, a rare ability for lots of children in today’s fast moving world.

You need very little equipment to learn to knit and it’s one of the most budget friendly kids crafts. The only essential items are knitting needles and yarn. Needles are inexpensive and the kind of thing you can find at car-boot or jumble sales. Wool is cheap too; look out for end of line bargains. It’s best to go for a bright colour so the child can see how each stitch is formed. Now your child is ready to learn to knit.

A good tip is to start with French knitting. This is an easier version using a ‘dolly’. It’s a simple system of picking up and hooking loops. The dolly can be used to produce appealing items of kid’s crafts like friendship bracelets.

Another good way to start knitting is finger knitting. This turns out loosely constructed items, almost like crochet. Using their fingers, it enables kids to get a feel for the craft and understand how stitches and loops are created. Once they have understood these principles they may want to turn their hand to more traditional knitting.

Knit One, Purl One

A child learns to knit by starting with the two principal stitches, the basic knitting stitch and the purl stitch. It often takes many attempts and bags of parental patience before the two basic methods are mastered. Try using a popular rhyme which helps kids to understand the formula for creating the basic stitch:

Kids can get frustrated by their early attempts. Keep the sessions short and use lots of positive encouragement. Kids crafts can sometimes test parents enormously but it will be worth it!

Until knitting is fully mastered, there will be lots of odd squares of knitting dotted about the house but children will certainly find an inventive use for them. As their skills improve, they might like to try different projects. At this stage they need knitting patterns. These are available in so many designs, aimed at many levels of skills. Typically your child might like to start off with something like a ribbed scarf. This is simply a case of following the knit one, purl one pattern. You begin the project by casting on the number of stitches to produce the desired width of the finished article.

Learning to knit will offer your child so many benefits. It’s simple once they’ve learnt and their overall self-confidence will be greatly improved. Using lots of concentration and nimble fingers, they can design and produce something that will last for years. 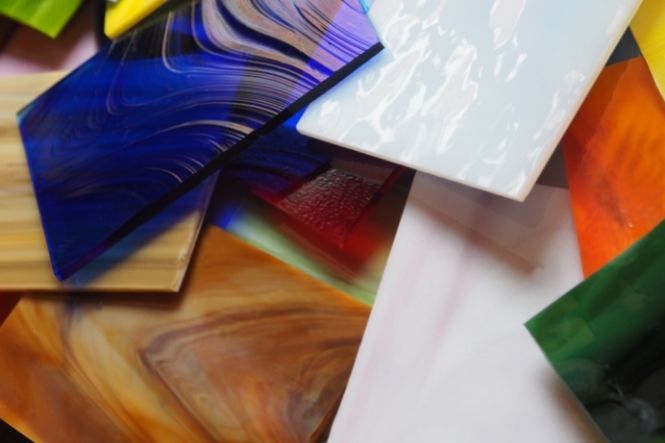 Arts and Crafts With Dried Flowers

Drying fresh flowers and using a range of crafts to create beautiful and decorative objects is a timeless art that never fails to amuse and challenge children. It’s a fantastic… How many arts and crafts projects can kids get stuck into with a length of string? The list is as long as…. a piece of string? String is versatile and…